The duo takes the audience on a musical journey through the choro, playing music by Pixinguinha, Ernesto Nazaréth, and Jacob do Bandolim, as well as performing original compositions by Rogério Souza. The music is virtuoso, yet moving, cheerful and characterized by its light Brazilian swing and unpredictable melody lines played in typical rhythms like polca, maxixe, valsa, and samba.

The choro emerged in Brazil in the late 19th century when European, African, and native music cultures mixed in the suburban environment of Rio de Janeiro, which makes the style one of the deepest roots of the Brazilian music. Today the choro is more alive than ever. In Brazil it unfolds itself in concert halls as well as in the informal settings of bars and cafes, creating a culture where the musicians and the audience are joined in the pleasure of playing and listening. 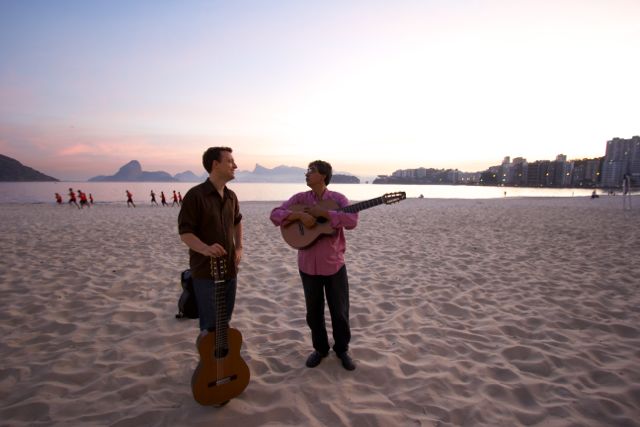